Summary of The Square and the Tower

Penguin Press, 2018
© 2018
From THE SQUARE AND THE TOWER by Niall Ferguson Summarized by arrangement with Penguin Press, an imprint of Penguin Publishing Group, a division of Penguin Random House LLC.
ISBN: 9780735222915
Pages: 592 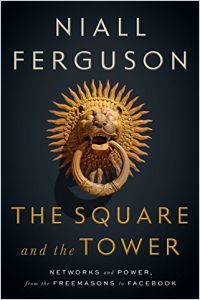 Historian Niall Ferguson delivers a fresh, popular take on history. Throughout, he makes the point that two forces shape world events: influential social networks and powerful hierarchies. Though he acknowledges that others have explored the social network view of history, Ferguson uses his gossipy analysis of the global influence of old-boy networks – such as at Oxford and Cambridge universities and in the Saxe-Coburg and Rothschild dynasties – to serve up delicious food for thought. This romp through mostly modern, mostly Western history will delight amateur historians with its fast-paced, gripping narrative. Academics may not find Ferguson’s sometimes-contradictory arguments about the centrality of networks and the irrelevance of conspirators convincing – leaving experts with a text they may see as largely unoriginal. But Ferguson’s passion for his subject and determination to inform laypeople make this an entertaining, informative read.

Historian Niall Ferguson serves on the faculty of Stanford University and Tsinghua University in Beijing.

Most historians focus on hierarchies – tales of kingdoms, republics, generals and dictatorships. But throughout history, networks rival hierarchies. Twenty percent of Americans, for example, buy the conspiracy theory that one man, George Soros, leads a secret plot to take over the world. However, history shows that broad-based networks, not secret conspirators, drive revolutions and social movements. The bigger, denser and more influential your network, the more likely it is to grow even larger and more powerful. Hierarchies and networks co-exist. Hierarchies form a kind of network. Instead of communications flowing in all directions, they occur vertically – top-down and bottom-up. Hierarchies inevitably form within networks as some of their nodes grow more powerful and influential than others.

For most of human history, people nurtured small, close networks – family, the...