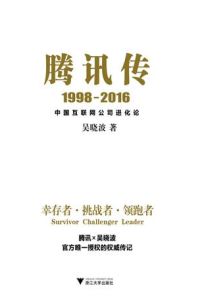 China’s Internet market is unique. Indeed, no Internet corporation that’s successful internationally has succeeded in China. Government policies present an obstacle for many companies, but what is worse is that multinational companies fail to understand the Chinese consumer. Delve into the history of Tencent to understand the uniqueness of the Chinese market and to learn from the strength and vitality of its domestic companies. Finance writer Wu Xiaobo presents a comprehensive look at Tencent’s history, tracing the Chinese company’s journey from tiny start-up to tech giant. getAbstract recommends Wu’s analysis to readers who would like to familiarize themselves with the Chinese market.

Wu Xiaobo is a finance writer and the founder of the Chinese publishing house Blue Lion. He is also a professor at Shanghai Jiao Tong University and Jinan University.

Who is Pony Ma Huateng?

Born in 1971, Ma “Pony Ma” Huateng moved with his family to Shenzhen when he was 13 years old. At the same time, China’s government implemented its reformation and opening-up policies that would kick-start the economic revival in Shenzen. It was also where Pony Ma started Tencent, which has become the world’s largest Chinese-speaking social networking company as well as the world’s largest game company. Tencent is now the highest-valued company in Asia.

Contrary to what most people would expect from a leader of a tech giant, Ma is modest and shy. However, he is also obsessive and meticulous when it comes to computer engineering and managing products. While still in college, Ma developed a graphical user interface for a stock analysis system and sold it for ¥50,000 [$7,578]. After graduation, he built computer networks – at a time when China’s Internet was in its infancy. Through that work, he became acquainted with the 100 most active “netizens” in the country – including Ding Lei, who went on to found the Internet technology company Netease, and Zhang Xiaolong, the eventual creator of WeChat.

Early Stages of Entrepreneurship: A Chance...