Summary of The Target Story 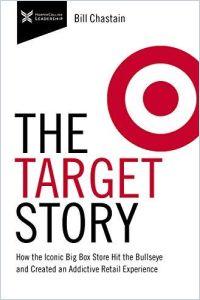 George Draper Dayton stood on a corner in Minneapolis in the 1890s, counting passersby. Local conventional thinking at the time held that businesses should open only downtown. But Dayton was never a conventional thinker. Based on the number of people he counted that day, he decided to buy uptown. This was the first of Dayton’s many sound business decisions. His new store became the precursor to the Target department store chain. In this interesting corporate profile, Bill Chastain captures Target’s history and explores the strategies that kept it going strong into the 2020s.

Bill Chastain also wrote the sports books Steel Dynasty, The Steve Spurrier Story and Try Not to Suck as well as three novels: The Streak, Peachtree Corvette Club and Retrouvailles.

At age 11, George Draper Dayton began working at a nursery for 37.5 cents a day. After that he found a lumber yard sales job that paid commissions and bought the business at age 17. Dayton tried working double 24-hour shifts but became so ill his father made him sell the lumber yard. Burnout existed, even 150 years ago, and so did entrepreneurship.

In 1895, the Westminster Presbyterian Church in uptown Minneapolis burned down, leaving an unsightly vacancy on the corner of Nicollet Avenue and Seventh Street. Dayton bought the lot for $165,000 in 1896. By 1901, he had erected a new building and formed partnerships with local entrepreneurs to open the Goodfellow Drygoods Company.

The store offered everything from high fashion to practical tools, and staged events such as a dressmaking course and the Little Mothers and Dolls Tea. The store turned a profit by 1906, due in part to Dayton’s ironclad business integrity. Its bargain basement became the precursor to today’s Target discount stores.