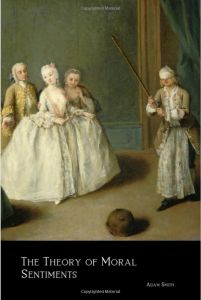 The Theory of Moral Sentiments

“There is no such thing as society,” British prime minister Margaret Thatcher proclaimed in 1987, when Adam Smith’s invisible hand seemed to inspire her every policy. It wasn’t the first time that the Adam Smith problem arose: How do you square the apparent justification of selfishness that the Scotsman presented in his 1776 work, The Wealth of Nations, with the humanistic ethics of his 1759 text, The Theory of Moral Sentiments? In it, he argues that an individual cannot succeed without an equally prosperous society. And while he worries about “the success of the most ignorant quacks and imposters,” he truly believes in humanity’s potential to thrive.

It is an innately human trait to sympathize with others and to feel both their sorrow and joy.

Even the most hardened brute feels pity for the poor and miserable. In fact, it’s part of human nature to experience compassion for the unfortunate. When someone is being tortured, you can’t literally feel that person’s pain. But you can imagine and mirror it – just as when someone kicks another’s leg, you instinctively touch your own. In empathizing with fellow humans, you don’t just feel their sorrow and distress but also their joy and happiness.

The term “sympathy” means an affinity with all sorts of human passions and emotions. You generally feel less sympathetic with the passion itself than with its causes. The main question is: Why is that person sad, angry, joyful or happy? An old man may be perfectly content due to a loss of his mental faculties, and in that case many observers would feel sorry for him, because he doesn’t know any better. At times, you might feel some emotions in lieu of others, such as when someone makes a fool of himself and you are embarrassed for him, or when a mother hears her infant cry, feels...

Adam Smith (1723 – 1790) was a Scottish moral philosopher who was influenced by the ideas of John Locke and David Hume. He is principally known for his work An Inquiry into the Nature and Causes of the Wealth of Nations, published in 1776, which established him as the founder of political economics.

The Little Book of Stoicism
8

The 7 Secrets to Selling More by Selling Less
8 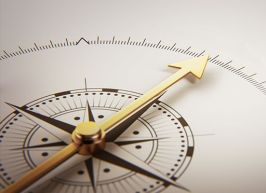