Summary of The Time of Our Lives 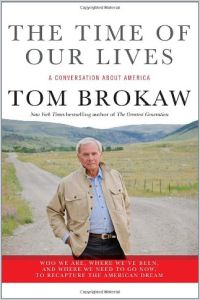 Tom Brokaw, veteran television news anchorman and author of The Greatest Generation, discusses the problems that the United States confronts today and offers sensible, if occasionally obvious, solutions. Brokaw is a competent author with a tendency to dwell on family stories. Even so, getAbstract applauds Brokaw’s sharp reporting, acute insights and big South Dakotan heart. His book will be interesting to anyone who wants to understand America’s difficulties or who finds the author’s well-known warmth and well-informed concern reason enough to keep reading.

Tom Brokaw, author of The Greatest Generation, is an American television journalist who served as anchor of the NBC Nightly News from 1982 to 2004.

Veteran NBC-TV anchorman, journalist and best-selling author Tom Brokaw traveled throughout the United States on a yearlong journey, talking to his fellow citizens about the nation’s biggest problems and how to fix them. Brokaw spoke with everyone from Tea Party conservatives in the heartland to liberals on the east and west coasts. During his wanderings, he met hundreds of people who were working hard to restore the American Dream, despite facing various obstacles.

“America can do anything when it puts its mind to it, but we gotta exercise those muscles,” said America’s 44th president, Barack Obama, during a 2009 Nightly News interview with Brokaw. “We’ve gotta start working those moral muscles and service muscles and sacrifice muscles a little more.” America needs a new burst of resolve and vigor. Unemployment reached 9.8% in 2010. A lot of Americans are hurting badly. It’s time to work on solutions.

Many Americans on the right, including those in the Tea Party movement, have no interest in Barack Obama, or in what he thinks or says. They regard Obama as a dangerous socialist who wants to destroy their country. Yet Americans of... 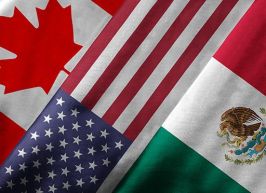