Summary of The Wanda Way 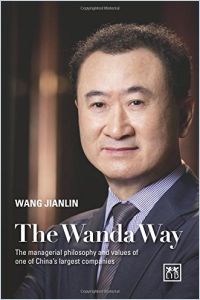 Entrepreneur Wang Jianlin is chairman of the Dalian Wanda Group, which develops major shopping center complexes and runs entertainment venues across China. This collection of Wang’s speeches and interviews presents first person stories of his journey from soldier to high-profile developer. The translation of Wang’s words can be clumsy at times and extra editing might have given this collation a more objective tone. Yet, the sections on managing complex processes prove especially useful. getAbstract recommends Wang’s intriguing autobiographical study to investors, entrepreneurs, policy makers, and business students and professors seeking insight into the Chinese business landscape and Wanda Group’s strategies.

Wang Jianlin is chairman of the Dalian Wanda Group – the world’s largest property developer and operator of movie theaters. He served in the People’s Liberation Army from 1970 to 1986.

Now one of China’s titans of industry, Wang Jianlin was born in 1954. At age 15, he joined the Red Army. He was one of few soldiers to complete a snowy 1,000-km march, and he became a regimental officer while still in his 20s. When he became an entrepreneur, he used the lessons about perseverance that he learned on that arduous hike.

Wang aspired to become a general, but in 1986, as China opened its economy, his ambitions turned to business. He left the military and moved into the private sector. In 1988, he took over a real estate company on the brink of insolvency. He cleaned up such sloppy practices as paying workers for phantom overtime and allowing company drivers to moonlight during business hours.

This venture was the basis of Wang’s corporation, the Wanda Group, which marketed properties in part by promising not to steal from consumers as other firms were doing. In the early days of China’s private housing market, construction standards were shoddy and sellers lied about apartment sizes. Wang promised refunds to buyers who were unhappy. This approach reflected his affinity for Confucian ideology to stress personal integrity.