Summary of The World is Flat 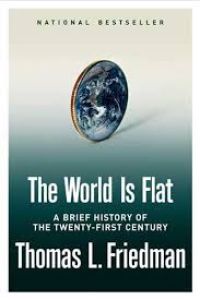 This overwhelming book succumbs to the very scope of its ambition and the topics it covers: globalization and technology. Author Thomas Friedman literally covers the world for The New York Times, and his access to important local authorities, corporate executives, local Times bureaus and researchers, the Internet and a tape recorder has enabled him to compile a huge amount of information. All of it buttresses his views about the important convergence of political and technological change. He offers interesting anecdotes about companies worldwide and intriguing conversations with friends, reporters and experts. But Friedman, well-spoken expert that he is, still needs an editor to tame his long chapters and repeated points. He conveys abundant knowledge, with incisive insights and interpretations, but skim where you must. With that caveat, getAbstract warmly recommends this wide-ranging treatment of technology’s role in global business and politics.

Thomas L. Friedman has won the Pulitzer Prize three times for his reporting and foreign affairs column in The New York Times. He wrote three best sellers: The Lexus and the Olive Tree, Longitudes and Attitudes and From Beirut to Jerusalem, which won the National Book Award.

The Three Eras of Globalization

Many people consider globalization a modern phenomenon, but this is its third stage. The first stage of global development, "Globalization 1.0," started with Columbus’s discovery of the New World and ran from 1492 to about 1800. Driven by nationalism and religion, this lengthy stage was characterized by how much industrial power countries could produce and apply.

"Globalization 2.0," from about 1800 to 2000, was disrupted by the Great Depression and both modern World Wars, and was largely shaped by the emerging power of huge multinational corporations. Globalization 2.0 grew with the European mercantile stock companies as they expanded in search of new markets, cheap labor and raw materials. It continued with the subsequent great advances in sea and rail transportation. This period saw the introduction of modern communications and cheaper shipping costs. "Globalization 3.0" began about 2000 with advances in global electronic interconnectivity that allowed individuals to communicate as never before.

In Globalization 1.0, nations dominated global expansion. Globalization 2.0 was driven by the ascension of multinational companies, ...