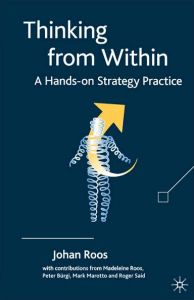 Book Thinking from Within

This short, densely written book consists of chapters co-written by Swiss academic Johan Roos and his collaborators, who ignore hardly any aspect of play and imagination, detailing what philosophers, psychologists and others have said about these subjects. Their purpose is to demonstrate that the Enlightenment values of rationality and analytical precision have unbalanced managerial thinking – and how you can right the scales to create a flexible, innovative organization that reacts quickly to unpredictable situations. Unfortunately, so thorough is these professors’ treatment of play that they take the fun out of it. A series of close-up photographs shows managers – mostly white men in shirts and ties – at play, or at least pointing at toys and models on a table. After seeing their stiff attitudes you won’t be surprised to read case studies that demonstrate the difficulty of applying the ideas in the book. getAbstract recommends it to managers who need to loosen their ties, or scarves, a bit – but who wear them.

Most managers devise and execute strategies with the help of texts, charts, spreadsheets, reports and other analytical tools. They gather data, study data, think about data and calculate the implications of data before they make a move. This empirical, rigorously rational approach is a legacy of the Enlightenment movement of the 18th century, which included philosophers and scientists such as René Descartes, Isaac Newton and Carl Linnaeus. They celebrated reason, believing that the world, like the Great Watchmaker’s timepiece, was predictable, mechanical and constant.

Three concepts are important to the Enlightenment worldview:

The classic economic notion of the equilibrium between supply and demand arose from this worldview. Bureaucracy is an organizational expression of these principles; bureaucracies, after all...

Author of 15 books, Johan Roos, PhD, is a professor and the chief academic officer of Hult International Business School, based in London.

Leading Beyond the Ego
8 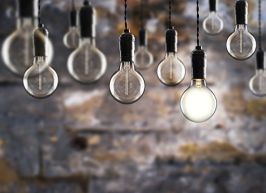