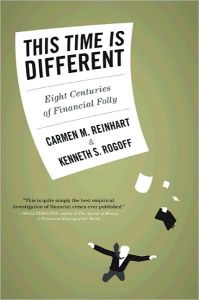 This Time Is Different

Every so often, experts sucker people into bidding up the prices of stocks or real estate because they announce that the economy has fundamentally changed. As the aftermath of the real estate bubble illustrates, the basics of economics don’t really change, no matter what fantasies people come to believe. Economics professors Carmen M. Reinhart and Kenneth S. Rogoff present a thorough historical and statistical tour of financial hubris through the centuries, a postmortem that will make you wonder how anyone ever believed “this time is different.” The staid tone, formulas, charts and somewhat confusing organization make this fascinating history challenging to absorb. Yet, the content, which sweeps ambitiously and carefully across centuries and countries, rewards the persistent reader with many insights and gems, like the nation-by-nation appendix of fiscal history low points. getAbstract recommends this analytical overview to history buffs, investors, managers and policy makers who seek perspective on “financial folly.”

When You Hear “This Time Is Different,” Don’t Walk, Run

Every few decades, the economy’s major players develop bulletproof confidence in the efficiency of markets and the health of the economy. Known as “this-time-is-different syndrome,” this unrealistic optimism afflicted bankers, investors and policy makers before the 1930s Great Depression, the 1980s Third World debt crisis, the 1990s Asian and Latin American meltdowns, and the major 2008-2009 global downturn. Conditions differed, but the same mindset – a dangerous mix of hubris, euphoria and amnesia – led to each of these collapses.

In each case, decision makers adopted beliefs that defied economic history. In the 1920s, conventional wisdom held that large-scale wars were a thing of the past, and that political stability and economic growth would replace the volatility of the years preceding World War I. Events quickly proved the optimists wrong. By the 1980s, economists were convinced that high commodity prices, low interest rates and reinvested oil profits would prop up the economy forever. Before the 2008 recession, popular thinking said globalization, better technology and sophisticated monetary policy...

Carmen M. Reinhart of the University of Maryland and Kenneth S. Rogoff of Harvard University are economics professors. Reinhart, who lectures at the International Monetary Fund and the World Bank, is the co-editor of The First Global Financial Crisis of the 21st Century. Rogoff, co-author of Foundations of International Macroeconomics, is a commentator for The Wall Street Journal, National Public Radio and The Financial Times. //

The Code of Capital
9 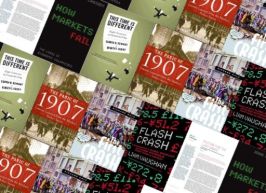