Summary of Tomorrow without Fear 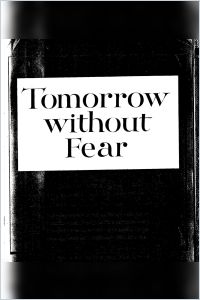 The American experience in the 1930s and 1940s presents a vivid lesson in how a market economy, at first performing well below its economic capacity, can then surge under government intervention. That background influenced US economic policy profoundly in the post-World War II period, leading to three decades of active state involvement that prioritized full employment and economic growth. This short and colorful text, written in 1946 by businessman Chester Bowles, presents an interesting case study for today, and its conversational style offers a kind of home-spun, down-to-earth common sense clearly aimed at the everyday reader.

Before World War II, Chester Bowles (1901–1986) was the head of Benton & Bowles, the advertising agency he cofounded. During the war, he served at the Office of Price Administration and the War Production Board. He later became a congressman, the governor of Connecticut and an ambassador to India.

In 1940, the United States was still struggling to combat poverty and fulfill its potential.

President Franklin D. Roosevelt famously stated that one-third of the nation was “ill housed, ill clothed, and ill fed.” By 1940, despite the efforts of FDR’s radical, proactive government, America was still struggling to provide for its poorest people, and the size of the economy had only just reached that of its previous peak in 1929.

At the start of the US involvement in World War II, the Army rejected some 40% of potential recruits, with undernourishment or poor diet a common reason for the rejections. Housing, education and health care remained seriously inadequate. Some eight million people were still unemployed, and many others were in fear of losing their jobs.

The positive effect World War II production had on a weak US economy delivers a dramatic macroeconomic message.

When America was drawn directly into WWII, some in authority noted that diverting production and resources for the war effort would mean less consumption by the American population. But despite that, with...