Portfolio, 2017
© 2017
From TOTAL FOCUS by Brandon Webb and David Mann
Summarized by arrangement with Portfolio, an imprint of Penguin Publishing Group, a division of Penguin Random House LLC.
ISBN: 9780735214514
Pages: 288 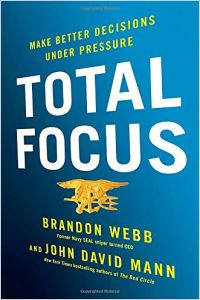 Navy SEALs are known for accomplishing legendary missions, and they have great stories to tell. Former SEAL sniper Brandon Webb offers tales of being a SEAL and of being a successful entrepreneur. His SEAL stories are electrifying, but his start-up saga is almost as engaging. His lessons bridging the two realms offer sound principles and engrossing war stories from both fronts.

The principles that drive people to excel as Navy SEALs also make them great at business.

The job of being a sniper in the Navy SEALs and of being an entrepreneur both operate according to the same set of principles. Like entrepreneurs, those in Special Operations don’t merely listen to orders. They go into unconventional environments. They adapt to everything that happens and, if they fail, they learn and come back to win.

Obstacles don’t stop them. They think quickly, originally and independently, and they generate creative solutions. Many former members of Special Ops units go on to start successful businesses. This makes sense because both SEALs and entrepreneurs must flourish in high-pressure environments and both should follow a few core principles. Author Brandon Webb, a former SEAL sniper, learned the similarity of each area’s demands after he left the service. He founded the Hurricane Group, a media start-up that grew to a valuation of $100 million in only five years.

People who are ambitious... 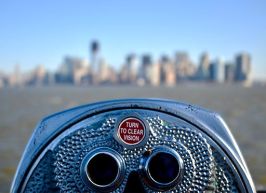