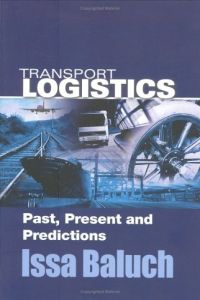 This expansive, well-researched work could rank as one of the most inclusive, complete books on the esoteric topic of freight logistics and that field’s role in shaping modern civilization. The book’s wide scope and historic perspective make the topic come alive, enhanced by its architectural, engineering, military and relief effort case studies. The pace slows when author Issa Baluch discusses the transportation infrastructures of Egypt, India and Dubai, in sections that may be too detailed for most readers. Similarly, some of the case studies go into excessive detail about the actual contents of what was shipped for specific efforts, such as the Berlin airlift. However, despite these minor distractions, people in the transportation industry will find this manuscript revealing. Although it may be long and dry at times, getAbstract.com was intrigued by its historic overview of transportation logistics.

Issa Baluch is the founder, Chairman and CEO of the Swift Freight International, one of the top freight logistics providers in the U.A.E. He served as President of the The International Federation of Freight Forwarders Associations (FIATA) from 2003 to 2005. He received his Master of Business Administration from the University of Hull (U.K.).

Logistics - the jobs of transporting goods and people between two or more points - may have started with Noah and Joseph in biblical times. Noah was charged with gathering two of every species and building a ship for his family and cargo for an indefinite period. Joseph’s logistical challenge developed after he interpreted Pharaoh’s dream of an abundant harvest for seven years followed by seven years of famine. Joseph suggested ways to increase crop production and to store the grain in various distribution centers for the impending shortage. The plan worked and Egypt had enough food. Both cases involved the basic task of logistics. When people need shorter communication routes, better security, large construction projects, military campaigns or emergency assistance, logistics are a focal point. Often, logistical challenges teach valuable lessons.

The Great Pyramid at Giza

The Great Pyramid at Giza has fascinated visitors for 4,500 years. How two million granite and limestone blocks, some weighing 50 tons, were shipped and placed remains a mystery. History does not know how the estimated 30,000 workers survived working in this desolate...