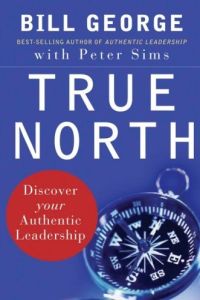 Considering the intangible nature of leadership, those who read about it want to know that those who write about it are properly experienced and credentialed. Bill George certainly qualifies. He is a management professor at the Harvard Business School, a member of several corporate boards, and the former chairman and CEO of Medtronic, the medical technology stalwart. George, and writer Peter Sims, the founder of an investment company, interviewed 125 leaders to discover what authentic, ethical leadership is all about, what its essence is and what it requires. This book represents the fruits of their enlightened, comprehensive research efforts. getAbstract recommends it to anyone who leads others. George and Sims see leadership as a quest, not a destination. This book is an excellent starting point for your journey.

Bill George is a professor at the Harvard School of Business. He has extensive executive experience, including serving as a CEO and as a board member for numerous corporations. Co-author Peter Sims, a Stanford M.B.A., co-founded an investment firm.

Jon Huntsman is the founder and chair of the Huntsman Corporation, a $13 billion firm in the chemical industry. In 1972, he went to work for the Nixon administration, eventually joining the staff of Bob Haldeman, President Richard Nixon's powerful chief of staff and right-hand man. Haldeman soon asked Huntsman to help him entrap a congressman from California who had opposed a Nixon initiative. Huntsman refused and shortly thereafter left the administration.

In 2001, due to a chemical industry recession, Huntsman's company was in big trouble. Eighty-seven lenders met with him to deliver a somber message: he had to put his firm into Chapter 11 bankruptcy. If he refused, they warned, they would no longer ship it the supplies it needed to operate. Of course, this would have been its death knell. But his good name and the good name of his firm meant too much to him to let it slip into bankruptcy. It took three tough years, but he turned it around. "I repaid every single debt," he proudly proclaims.

Huntsman has been tested at almost every stage of his life. Shortly after he graduated from college, his mother died from breast cancer...

Leading Beyond the Ego
8
The Economics of Higher Purpose
9
What Are Your Blind Spots?
9
Face to Face
8
Work Is Love Made Visible
8
The Leadership Killer
9 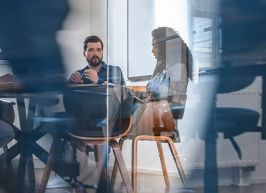