Summary of Turkey and the West 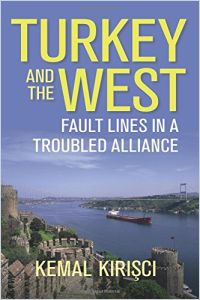 Only a decade ago, Turkey seemed an oasis of tranquility and Western-style liberalism in the Middle East. No longer. These days, under Recep Tayyip Erdoğan, Turkey is as a belligerent force, and certainly no friend of Western values. Erdoğan could change, writes Turkey expert Kemal Kirişci, but such a dramatic about-face seems unlikely. In this study – written before the election of June 2018, which saw Erdoğan win another five-year term – Kirişci laments Turkey’s turn toward authoritarianism as a missed opportunity. The Untied States and the European Union were tantalizingly close to having a like-minded ally in the Middle East, a secular Muslim nation that could show the rest of the region how to run a democracy and a free-market economy. Alas, Kirişci writes, that dream now seems farfetched. Erdoğan has cracked down on Kurds, journalists and other foes, and anti-Western conspiracy theories circulate widely. getAbstract recommends this study to readers seeking insight into Turkey’s politics and the rise of populist nationalism.

Kemal Kirişci is a senior fellow and director of the Center on the United States and Europe’s Turkey Project at Brookings, where he focuses on Turkish foreign policy and migration studies.

Turkey, under the leadership of its former Prime Minister and current President, Recep Tayyip Erdoğan, is widely seen as an opportunity lost. For a time, Turkey drew closer to the United States and Europe, forming important economic ties and pursuing the sort of reforms that endeared the nation to proponents of the liberal world order. But as Erdoğan has tightened his hold on power, Turkey has reversed course, turning away from religious freedom and civil liberties and otherwise alienating the US and the EU. When, for example, Washington allied with Kurdish opposition groups in Syria – which Ankara dubs terrorist cells – Erdoğan accused the US of creating “a pool of blood” in the region. The dispute undermined efforts to broker peace in Syria and drove the two nations further apart. Meanwhile, Turkey and the EU have feuded over the Syrian refugee crisis and over Europe’s response to a 2016 coup attempt that failed to oust Erdoğan from office.

Modern-day Turkey rose from the remains of the Ottoman Empire, which collapsed during World War I. Relations between Turkey and the West have ...