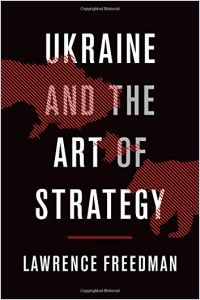 Strategy
9
Sir Lawrence Freedman on the Evolution of Strategy
7