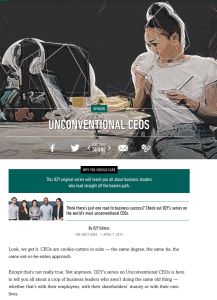 This OZY original series will teach you all about business leaders who lead straight off the beaten path.

This OZY original series covers CEOs from all over the world who are building unique businesses and finding unconventional success. These CEOs  – as profiled by Dan Peleschuk, Nick Dall, Molly Fosco and Justin Higginbottom – have relentless drive, savvy and talent, but none fit the traditional mold of the corporate leader. The selection of OZY profiles summarized here captures business leaders who are reinventing the role of CEO. Whether coding in Siberia, creating comics in China or asking restaurant employees to confront their inherent biases, they're remaking their industries and inspiring other unconventional leaders to pursue their dreams.

Freedom motivates Arsen Tomsky; he founded the ride-sharing app inDriver to give drivers and passengers the freedom to negotiate on price.

Arsen Tomsky developed inDriver, a ride-sharing platform, in Siberia. He has always been a big thinker. Since he launched his app in 2012 from remote Yakutsk, it’s grown to reach millions of users across 20 countries. The inDriver app allows riders and drivers to haggle directly over the price of rides. Tomsky’s touchstone value is freedom; he strives to extend freedom to his customers.

Yakutsk, a city of 300,000, is famous more for its diamond mining than for tech innovation. In the past, during extremely cold weather, local cabbies raised their prices so high that residents began a social media group to bargain among themselves for shared rides. Tomsky bought the group and turned it into an app. He’s a software programmer by education, but after the late 1990s crash in Russia, he had to stop working for finance companies and figure out how to make a living from the internet. Tomsky founded Sinet, a news and community resource site for the Yakutia region, in 1999.

With inDriver, consumers never deal with...

Facebook Will Now Let Some Employees Work from Anywhere, but Their Paychecks Could Get Cut
7

The Secrets to Designing a Curiosity-Driven Career
10 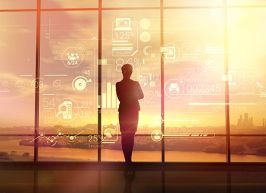