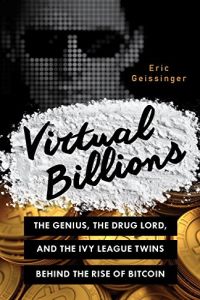 Bitcoin is an online payment system that records transactions in bitcoins, not in dollars or any other currency. Bitcoin is a cryptocurrency and transactions using it function similarly to encrypted email messages, which no one except the receiver can decipher. Bitcoins act like cash: They can be bought, saved, spent or lost. In this engaging overview, author Eric Geissinger argues that bitcoins, despite negative publicity over their role with the illegal drug site Silk Road, could become a permanent fixture on the financial landscape if bitcoin exchanges, the only sellers, embrace regulation. getAbstract recommends Geissinger’s work – with its entertaining detours into a short history of pensions and attempts to form communal monetary systems – to investors, bankers, entrepreneurs and anyone seeking an in-depth primer on cryptocurrency.

Eric Geissinger is a technical writer for software companies.

Bitcoin is an online “financial subsystem.” Buyers and sellers conduct their transactions over the Internet using this payment stream, an alternative to conventional exchanges in US dollars and other currencies. Bitcoins are also a popular investment. Bitcoins were introduced on January 1, 2010; by July 1, 2013 – less than four years later – the total value of all bitcoins rose to $7 billion.

Four people drove the bitcoin system’s volatile development, deployment and early success: Satoshi Nakamoto, bitcoin’s founder; Ross Ulbricht, whose bitcoin-powered Dark Web site Silk Road connected buyers and sellers of illegal drugs and other clandestine commodities; and Tyler and Cameron Winklevoss, who won a multimillion-dollar legal settlement from Facebook and have made sizable, successful bitcoin investments. Highly publicized crimes have raised concern about the potential theft of bitcoins. But the bad publicity seems to have made the public wary, not panicky, about the bitcoin payment system.

Satoshi Nakamoto is the pseudonym of a reclusive genius with a personal net worth in excess of $250 million. This is well ...