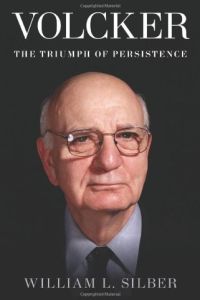 Paul Volcker’s family extolled public service as honorable and necessary, instilling in him a duty to serve. He sought and spoke the truth – not the politics – of situations as he lived them. His plainspokenness cost him being appointed US treasury secretary a few times. His greatest achievement was becoming Federal Reserve chairman in 1979 and taming chronic inflation. Hardships, such as family illnesses and financial stress, never tempered his devotion to public service. In his 80s, he contributed vital facets of recent financial regulation in the form of the “Volcker Rule.” Author and professor William L. Silber brings his professional and personal relationship with Volcker to bear on this significant biography of an “American financial icon.” Volcker sat for interviews and shared personal documents, which lend the book a singular intimacy, but this is a definitive portrait, not hagiography. getAbstract recommends it to bankers, students of finance and politics, financial strategists and anyone who seeks to understand Paul Volcker.

William L. Silber, co-author of several classic textbooks on finance, including Money, is an economics and finance professor at New York University’s Stern School of Business.

Paul Volcker learned the value of public service at a young age. His father, the city manager of Teaneck, New Jersey, restored the city’s Depression-ravaged finances. He instilled in Paul – nicknamed Buddy – a sense of duty, integrity and a propensity to speak the truth, no matter how impolitic.

These traits came to define Paul Volcker’s public career, which began during the administration of President John F. Kennedy. Aside from brief stints in the private sector, Volcker served five US presidents over five tumultuous decades of US economic history. He formed liaisons with international bankers and heads of state during the 1970s gold crunch, broke 1980s inflation, and returned to public service during the 2008 fiscal crisis. Volcker demonstrated consistent “moral authority” in pursuing the correct – even if not always the most popular – solutions.

As a deputy undersecretary of the treasury in 1962, Volcker’s first task in Washington, DC, was to help keep Kennedy’s promise to retain gold as the foundation for the US dollar. This included advising the government about ways to protect the “gold cover” and enforcing the 1934...