Summary of We Will Rise 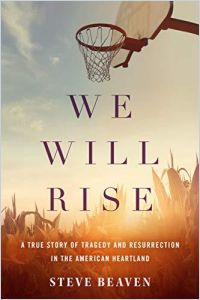 In 1977, an aircraft crashed moments after taking off from an Indiana regional airport. On board were the University of Evansville’s Purple Aces basketball team, their coach and associates. The tragedy was traumatic for the small manufacturing town where Aces basketball had become an obsession. Journalist Steve Beaven tells how a new coach and players, with the support of college officials, students and townspeople, summoned the leadership, skill and courage to resurrect the basketball program, culminating in 1982 with Evansville’s first trip to the NCAA tournament. The team offers a warm case history showing how to bounce back and how to lead.

Steve Beaven is a former staff writer for The Oregonian. His writing has appeared in The New York Times and the Chicago Tribune.

Basketball has been central to life in Evansville, Indiana, since the 1950s.

In the late 1950s, the town got a boost when the Whirlpool Corporation established an Evansville plant that provided thousands of jobs. By 1965, coach Arad McCutchan had led the school’s Purple Aces men’s basketball team to three championships in the College Division, a nationwide collection of small schools now known as Division II. That year, Sports Illustrated ran a feature story on the Aces. The team finished the season with a 29-0 record and their fourth College Division championship title.

In 1977, Whirlpool began layoffs. Evansville College had changed its name to the University of Evansville (UE) and had moved up to Division I, where it competed with the college basketball elite. After... 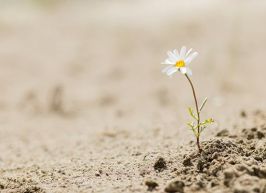