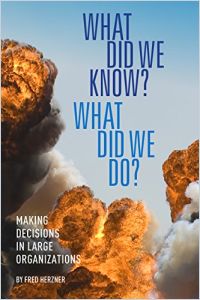 A Terrible Thing to Waste
8
Lessons from the Titans
9