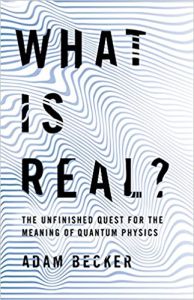 The Unfinished Quest for the Meaning of Quantum Physics

Quantum physics may be one of the greatest achievements in science – and one of the weirdest. The theory predicts phenomena like particles that exist in two places at once, and objects that influence each other instantly, no matter how far apart they are. Albert Einstein and Erwin Schrödinger, two pioneers of the field, found some of these implications so untenable they insisted the theory couldn’t be complete. Their objections clashed with another view – the “Copenhagen interpretation.” Scholar Adam Becker offers a lively, mostly comprehensible and math-free history of this historic conflict, and paints vivid portraits of its brilliant combatants.

Quantum physics is science’s most successful theory – and its most mystifying.

In the early 20th century, the Danish physicist Niels Bohr and his collaborators developed a theory that rattled the foundations of science. Quantum physics, which describes the laws governing the realm of atoms, subatomic particles and other “submicroscopic” objects, has proven spectacularly successful. Its principles have led to a sweeping array of technological innovations, such as LEDs, silicon transistors and laser scanners, and have driven advances in medicine, biology, energy and computing.

Quantum physics presents obstacles to understanding the “nature of reality.” The theory seems to imply that the physics of the micro realm diverge dramatically from the rules that govern the everyday world. Unlike human beings, house keys and other large objects, the denizens of the micro world are apparently able to be in more than one place at once. Particles can connect, and seem to influence each other instantaneously over great distances – in violation of the light-speed limit in Einstein’s theory of relativity.

Some physicists wonder how it can be that atoms and subatomic...

Adam Becker is visiting scholar at UC Berkeley’s Office for History of Science and Technology. He holds a PhD in astrophysics from the University of Michigan, and a BA in philosophy and physics from Cornell University.

Lighting Up the Nighttime
8 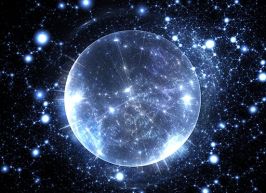