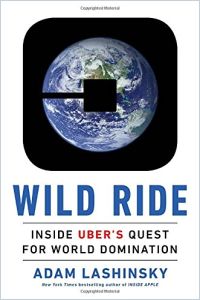 Uber’s unprecedented rise from a scrappy start-up to global phenomenon manifests the perspicacity of its ambitious, often controversial founder, Travis Kalanick. In this deep dive into Uber’s history – from its early days as a tech-enhanced limo service to its ultimately doomed attempt to conquer China’s rideshare market – veteran business journalist Adam Lashinsky draws on interviews with Kalanick and core insiders to learn how Uber became a $69 billion global business.

Adam Lashinsky is a senior editor-at-large for Fortune magazine, where he focuses on technology and finance.

Travis Kalanick’s struggles with his first two entrepreneurial ventures set him up for success with Uber.

When Travis Kalanick found fame and fortune with Uber, he was a more experienced entrepreneur than fellow college dropouts Steve Jobs, Bill Gates and Mark Zuckerberg.

In the mid-1990s, Kalanick entered UCLA for a dual degree in computer engineering and business. At that point, entrepreneurship wasn’t foremost in his mind. In November 1997, while his friends from the Undergraduate Computer Science Association (UCSA) launched a proto-version of their start-up, Scour – a tool for searching a network for sharable music and video files – Kalanick pursued internships at Intel and the Boston Consulting Group.

Kalanick joined Scour in 1998, handling marketing and fundraising. Some bruising encounters with investors Michael Ovitz, Ron Burkle and other top businessmen taught him valuable lessons about start-up fundraising and the importance of vetting investors.

Scour succeeded, but “didn’t scale” – a problem Kalanick noted for the future. The file-sharing company...