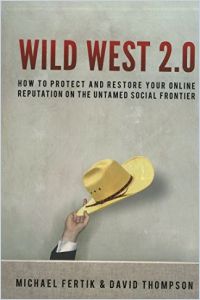 Although the Internet is the greatest information resource and connectivity medium the world has ever seen, it is still remarkably wild and woolly. Millions of shady characters inhabit it, lurking to steal your shirt and sell it back to you at twice the original price. Some online con artists set up phony rating sites where they publish scathing reviews of companies’ products and then extort heavy fees from those firms to remove the negative reviews. Malevolent liars use the Internet anonymously to ruin people’s reputations or corporations’ standings with blog attacks and negative postings. Reputation management consultants Michael Fertik and David Thompson examine these fraudulent activities and more in this disturbing but timely book, and they outline steps you can take to protect your online reputation or the good name of your business. Though the book is somewhat repetitive, Fertik and Thompson have created a solid, useful manual on safeguarding your good name online. getAbstract recommends it to anyone who has to fight back against online slurs, and to anyone who has a good reputation and wants to keep it.

Michael Fertik is founder and CEO of a reputation management consultancy where David Thompson is general counsel. Fertik also serves on the advisory board of The Internet Keep Safe Coalition, which protects the safety of children online.

The Virtual Territory of the Digital Desperadoes

The Internet is a dangerous “digital frontier” where anything goes. Malicious online criminals can trash your reputation by spreading vile lies and outrageous smears without having to worry about the consequences. Anonymous attacks against you or your business can spread from Web site to Web site like wildfire, viewable by anyone with Internet access. Lawmakers have not yet controlled the Internet’s wild side, and law enforcement can do little to apprehend unknown, unnamed, unseen perpetrators. Since the Internet is still evolving, complete social norms have not yet formed to dictate what is acceptable to do or say online.

The Internet strongly resembles the “Wild West,” a raw, lawless land where hardy settlers had to fend for themselves. The Internet’s tradition of self-policing matches the Old West’s customs and attitudes. Online pornography and betting quickly became popular during the birth of the Internet, just as prostitution and gambling thrived in the early days of the American West.

Primary online players such as Google generally have a hands-off policy about the ways bitter or unhinged people can use...