Summary of Women vs. Capitalism 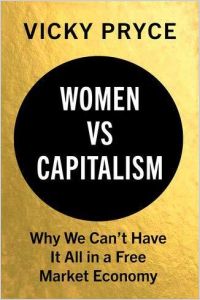 The pay gap between men and women has emerged as an ideological litmus test: Conservatives dismiss the notion that there’s any insidious inequality at play, while liberals see the issue as an obvious shortcoming of free markets. British economist Vicky Pryce falls clearly into the latter camp. But in this nuanced look at the topic, she makes a forceful case that pay inequality is dragging down prosperity for everyone. While her arguments won’t sway diehard free-market supporters, Pryce compellingly contends that government needs to bring women further into the economic mainstream.

Vicky Pryce is chief economics adviser at the Centre for Economics and Business Research and the former joint head of the UK Government Economic Service.

Labor markets simply haven’t closed the pay gap between men and women. Worldwide, women are becoming more educated, yet female workers remain disproportionately locked into poorly paid positions – and locked out of the highest paying jobs. Women have made strides, according to the World Economic Forum. Yet the pace is so slow that, absent an acceleration, it will be a century before women close the economic gap with men. Signs of hope exist, including the appointment of two women to high-powered roles: Christine Lagarde as the president of the European Central Bank and Ursula von der Leyen as the president of the European Commission. Alas, both were last-minute choices, undermining their credibility and underscoring long-held biases about the ability of women to lead.

Overall, when it comes to landing higher paying jobs, women continue to struggle. One plausible explanation is that gender equality is a long-term project, and the short-term nature of quarterly profits and political election cycles is simply incompatible with tackling a complex and entrenched problem... 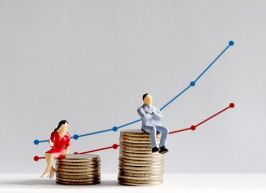