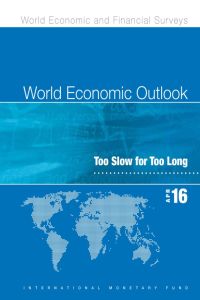 Financial press chatter about such developments as secular stagnation and Grexit portends scary prospects for the global economy. The International Monetary Fund concurs that things could look more promising than they do. Its April 2016 World Economic Outlook examines the risks of decelerating growth and presents a somber perspective. However, the IMF also suggests reforms that policy makers could implement to tackle the possibility of slowing growth. This comprehensive study is packed with statistics, charts and graphs. Though its prose style is somewhat dry, getAbstract recommends its reliable, in-depth look at the world economy to economists, policy makers, executives and investors.

The world economy is in recovery mode, although progress is proceeding at a slow and precarious rate. In April 2016, the International Monetary Fund cut its projection for global growth to 3.2% from its January 2016 forecast of 3.4%, due to volatility in global asset markets, a deceleration in developing countries’ economic growth, threats to low-income nations and disruptive noneconomic events.

The April projection was on par with 2015’s realized output. However, the recovery will likely pick up beginning in 2017, when growth reasserts itself to 3.5% and normalization takes hold in the developed economies and in emerging markets. But for 2016, the odds of weaker growth have risen, as has uncertainty. Such developments call for broader policy responses to boost output.

Heightened Risks to the Forecast Scenario

Risks to the projected growth scenario could worsen, if one or more of the following scenarios unfold: