Summary of Your Computer Is on Fire 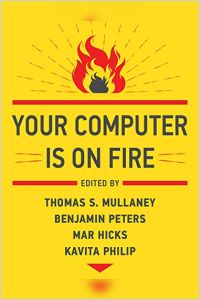 Technology touches pretty much every aspect of people’s lives today, yet few stop to think about its origins or where it might take society. Many forget that humans are involved at every stage of technological design, development and deployment, and that these individuals’ worldviews shape the technology they create. This collection of essays by authors from the social sciences and STEM backgrounds argues against the view that technology is “neutral” in nature, and reveals the biases and power structures inherent in technological designs and tools.

Technological progress without input from the social sciences is dangerous as it fails to realize its political, social and economic implications.

Technological development always has the potential to improve lives. But even when an innovation aims to solve a serious societal problem, it often generates unintended consequences: Google played a key role in mapping the internet for the masses, but it also opened the door to invasive data mining and user privacy violations. Usually, people with little or no power in society suffer the most negative fallout from new technologies.

Tech developers’ lack of concern for the widespread effects of their creations stems, in part, from a lack of input from other disciplines, such as social or political sciences and other STEM subjects. Leaving technical experts without sufficient knowledge of history or psychology – or even just a sufficient incentive to fact-check – in charge of systems that touch every aspect of people’s lives can lead to dangerous results. Think, for example, about how lack of governmental oversight allowed Boeing to install flawed autopilot...