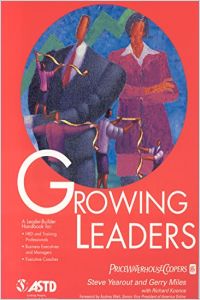 Today, business is complicated – so complicated in fact, that it’s no longer possible for a company to make all of its decisions at the top. Steve Yearout, Gerry Miles and Richard Koonce have a simple message for anyone competing in these complex times: When you can no longer rely on a few talented individuals to run the entire show, developing leadership throughout your organization becomes your most critical business strategy. This book should be required reading for executives who fail to grasp this essential connection between employee development and success. Cleverly weaving informative case studies with engaging concepts, the authors explain how to nurture a sustainable supply of leaders within an organization, from top to bottom. getAbstract strongly recommends this book – and its systematic approach to identifying and grooming future leaders - to human resources development and training professionals, executive coaches and business executives of any stripe.

Leadership is among the most elusive of human qualities - hard to describe but instantly recognized. In his final letter to GE shareholders after 20 years at the helm, Jack Welch identified the cardinal sin of leadership as losing one of your top 20% performers. High performers are your future leaders, he wrote, "the ones who make magic happen." Leadership is no longer a solo routine; a cadre of executives at the top no longer suffices. Today’s businesses need a team leadership approach. The first priority of current leaders must be the development of tomorrow’s leaders. Building communities of leadership at every level within your organization has become a critical task due to: