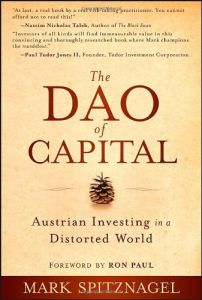 Book The Dao of Capital

Austrian Investing in a Distorted World

Mark Spitznagel made a fortune while others lost money during the 2008 global financial crisis. Now he generously shares a large slice of his investment wisdom. He says he didn’t base his investment position leading up to 2008 on hunches or contrarian obstinacy, but rather on the principles of Austrian economics, as well as on decades of observing irrational investor psychology. His ideas about how to gauge the dangers of distortion in the US capital markets are intriguing, as are his explanations of why the Austrian school of economics esteems long-term capital investments. Spitznagel, who has an appealing way with words, uses examples of military strategy, forest ecosystems and ancient Asian teachings to convey his mental framework for viewing the markets. While never giving investment advice, getAbstract recommends this philosophical journey, filled with valuable, ethically solid and economics-based thinking, to both novice and professional investors.

“Going Right in Order to Then Go Left”

You can learn a lot about investing from observing the survival strategy of the conifer tree. When conifer saplings are in direct competition with deciduous trees on good ground, the conifers can’t compete. In these situations, the conifer has to fall back onto poor soil, where it has evolved to survive better than its competitors.

The conifer – a cone-bearing tree – can play a long waiting game. Deciduous trees thrive until some eventual combination of overgrowth, dry weather and a lightning strike causes a forest fire. Then the conifer has a few adaptations up its sleeve so it can move in once the crisis has struck.

First, the tiny seeds from its cones blow down from the conifers’ rocky, marginal territory and effectively repopulate the fire-damaged areas. Second, the mature conifer trees that survived as a minority within the deciduous-dominated forest now reap the reward of the energy they invested previously in their thick, fireproof bark. Third, certain species of conifer have “serotinous cones,” which sit patiently on the trees, year after year, waiting for a crisis to come along that...

Mark Spitznagel is the founder and president of Universa Investments, a hedge fund. 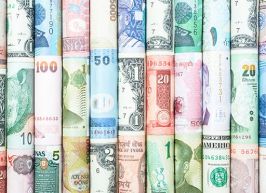 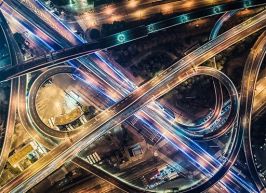