Words can have tremendous impact, especially when powerful people utter them. They can also reveal clues about a person’s character, values and agenda. Thus, analyzing the language that CEOs use when communicating with the public can help detect warning signs that things are not quite right. In this book, accounting professors Russell Craig and Joel Amernic examine the language that pervades the upper echelons of companies such as Uber, Boeing and Tesla to decipher whether the pictures their CEOs paint match reality, or whether their choice of words should set off alarm bells.

Analyzing the language CEOs use in their communications with stakeholders reveals much about the culture and behavior of their companies.

CEOs are powerful, and the words they use can reveal their priorities and their visions for their companies. Their words also determine what they deem to be acceptable corporate and personal behavior. So, for example, if a CEO pushes a can-do attitude and communicates that nothing is impossible, employees might prioritize getting things done no matter what, even if it means flouting regulations or formalities. The tone a CEO sets, therefore, defines company culture, in both good ways and bad.

CEOs’ letters to shareholders are great sources for analyzing CEO-speak. These communiqués don’t follow formal rules but, instead, present a story. They are a reflection of the CEO’s leadership style and personality and, thus, reveal critical corporate insights.

A CEO’s language sets the ethical tone for the organization, so watch out for red flags.

In 2011, global media company News Corporation became embroiled in a phone-hacking scandal. The ensuing report by the UK parliamentary committee described its CEO, Rupert Murdoch, as... 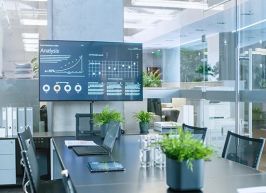