Summary of Shut Up and Listen!

Self-made billionaire Tilman Fertitta, the chairman and CEO of dining empire Landry’s, didn’t become the world’s richest restaurateur by being nice, but by being savvy. In his signature no-nonsense manner, Fertitta reveals the secrets of his success and extends business advice to wannabe business emperors. Much of his counsel consists of recycled tropes, but he does offer some nuggets to those willing to dig deep. Fertitta became one of the richest people in the world in part because he never gives up. If you seek straight-talking business advice, his guide is for you.

Tilman Fertitta is a self-made billionaire and entrepreneur. He is the chairman and CEO of Landry’s dining empire, as well as the star of reality TV show Billion Dollar Buyer.

To grow your business, be paranoid.

Tilman Fertitta is a self-made billionaire. He owns more than 600 restaurants, an NBA team, and a chain of hotels, aquariums and amusement parks. Fertitta grew his business from a single restaurant into a global empire by remaining paranoid. A self-professed worrier, he never rests on his laurels. He constantly surveils the business environment for new threats – an unexpected competitor, an economic downturn, a disruptive product, an unexpected lawsuit, new government regulations, and so on. Keep a vigilant eye on the horizon so you can anticipate and plan for threats before they wreak havoc on your business.

Make excellent hospitality your goal, regardless of your industry.

Have you ever entered a restaurant at 11:02 a.m. and ordered scrambled eggs, only to be told that the breakfast service just ended? It doesn’t take much to make scrambled eggs. But the restaurant denied your request not because it was unreasonable but because it was inconvenient. That’s bad business. The customer should always come first, and you should treat every patron like your only one. It costs nothing to be nice, but rudeness costs your business... 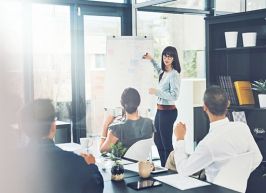