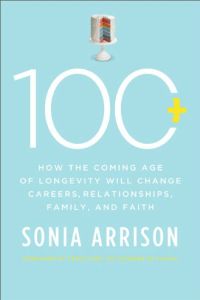 Technology analyst Sonia Arrison draws on the latest research as she explores the philosophical, religious, environmental, cultural and economic implications of living to be 100 years of age or older. Will society place the same value on life? Will pollution increase and the food supply dwindle? How will familial relationships change when mothers give birth well beyond middle age? How can you climb the corporate ladder if no one ever retires? Although the book offers interesting snapshots of what life could be like when people live to be older than 100, it could use a little more connective tissue. Oh well, live (long) and learn. Despite that caveat, getAbstract recommends Arrison’s musings about life extension to those who are alive and like it.

Human Mortality: The Leading Cause of Death

Adam and Eve supposedly surrendered any chance for human immortality when they ate the forbidden fruit from the tree of knowledge. Biblically speaking, the individual life span became shorter after the flood, that is, after Noah grew grapes and made wine. Even now, some research says drinking can cause cancer, though French wine drinkers suffer less heart disease. Greek mythology places the blame for shorter lives on Pandora, who disobediently opened a “lethal jar” and released “disease, suffering and death” into the world. Roger Bacon, the “father of longevity science,” deemed that death punished “immoral behavior and bad habits.” Taoists believe people can extend their lives if they follow certain rules. Yet regardless of all the philosophies and all the contradictory science, death remains the universal reality. The question is, how long can modern science postpone it for you?

Over the centuries, mortals have come a long way in their quest for longevity. Most of today’s senior citizens are in far better shape than the elderly of a century ago. People live longer and better because of technological...