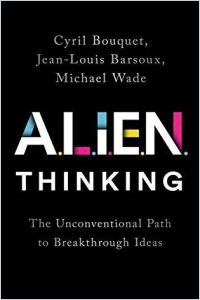 ALIENs are real – Individuals who excel at Attention, Levitation, Imagination, Experimentation and Navigation, that is. Professors of innovation and strategy at IMD Business School Cyril Bouquet, Jean-Louis Barsoux and Michael Wade examine how top innovators – scientists, inventors, artists and entrepreneurs – unleash their imaginations. The authors believe that anyone can learn the five ALIEN behavior patterns. Master these concepts to become an out-of-the-box idea-generator and problem solver.

The ALIEN creativity framework can help anyone generate groundbreaking solutions.

Why did Amazon’s technologically inferior first Kindle product succeed when Sony’s far sleeker e-reader failed? How did a critical-care physician’s lack of experience with the Ebola virus allow him to engineer a very effective treatment?

Amazon’s Kindle became a market giant because Jeff Bezos focused less on making a perfect device than on rethinking the publishing system – from how consumers bought books to how publishers turned a profit. Physician Billy Fischer helped transform how Doctors Without Borders tackled the 2014 Ebola outbreak in West Africa by noting that preventing patient dehydration seemed a crucial element in their survival.

Bezos and Fischer did what innovative thinkers do – whether naturally or by design: They stepped outside the bounds of conventional methods, considered individual and systemic needs, and leveraged available analytic tools. They engaged in ALIEN thinking.

The ALIEN framework fixes the shortcomings of other innovation approaches by offering tools to help people overcome the psychological... 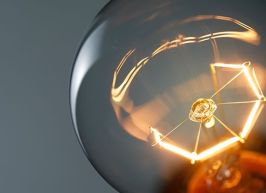