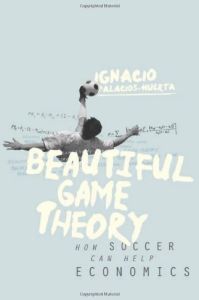 How Soccer Can Help Economics

Theories about economics and human behavior are notoriously difficult to test and analyze in a real-world setting. According to economist Ignacio Palacios-Huerta, soccer provides a useful laboratory and ample data for explaining economics. He argues that “the beautiful game” has a number of valuable characteristics that make it perfect for analyzing elements of human behavior, game theory and the efficient market hypothesis, and he extracts a number of pioneering and remarkable results from his research. While this is very much an economics text that uses soccer as its springboard, it offers plenty of sports anecdotes and trivia to broaden its appeal to those with little interest in deciphering technical economic texts. getAbstract believes this extended metaphor, with its unlikely fusion of subjects, will intrigue sports fans and economists alike.

Game Theory in the Penalty Box

In 1890, when Northern Irish businessman and soccer goalkeeper William McCrum first bounced around the idea of instituting a penalty kick, players, the press and the game’s administrators greeted it with fierce opposition and protest. The penalty kick as a punishment for foul play did not emerge until 1929, and the Fédération Internationale de Football Association (FIFA), soccer’s governing body, didn’t replace the tie-breaking coin toss with the penalty shoot-out until 1970.

A penalty kick is an example of a zero-sum game. In game theory, a zero-sum game is one in which one player’s upside is always exactly offset by the other player’s downside, and vice versa. In 1928, scientist John von Neumann proposed the “minimax” theorem, which says that each player in a two-person, zero-sum game follows a “mixed strategy” of diverse, probability-weighted options that represent that player’s best possible outcome. Players try to minimize their own maximum losses and to minimize their opposition’s maximum gains. In a zero-sum game, no one shares the spoils: The kicker wants to score, and the goalie wants to prevent a goal.

Ignacio Palacios-Huerta is a professor at the London School of Economics. 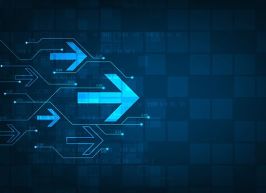