Summary of Crisis Communications in the 24/7 Social Media World 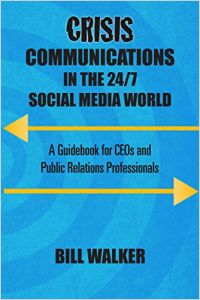 Every day brings fresh stories of another company or celebrity in crisis. From massive oil spills to Twitter gaffes, mishandled crises can ring the death knell for a brand or individual in today’s hyperconnected world. Three decades in the trenches and on the front lines have given crisis management expert Bill Walker a clear perspective on the ins and outs of crisis communications. He emphasizes truth and transparency, putting the public’s interests ahead of self-preservation and, if possible, surpassing prevailing negative preconceptions. His account proves engagingly anecdotal, if repetitive at times. getAbstract recommends that executives and public relations professionals use this book as a safety net while walking the crisis management tightrope.

Bill Walker spent two decades at The Toronto Star as a journalist and 10 years as a crisis communications specialist. He heads the Midtown PR consultancy.

Be Aware and Prepare

Even more than ever before, businesses must prepare for and handle crises. In today’s world of instant connections, bad news travels around the globe in minutes, and people judge you and your company in a flash. First, you must understand the public’s expectations and the environment in which you operate. Then, prepare for a crisis so that you can react purposefully and wisely.

In an American court of law, you’re innocent until proven guilty. In the court of public opinion, the opposite is true. You are guilty unless you can prove you’re not. A story once circulated on Facebook about a couple who stiffed a New Jersey server because they did not support her gay identity. Thousands of people reacted, shaming the narrow-minded couple and sending money to the persecuted waitress. As it turned out, the story was a hoax. The couple actually left a 20% gratuity and never commented on the server’s sexuality. The waitress had a history of fabricating stories, but the public believed her, condemned the accused couple and never checked the facts.

People rush to judgment when a story confirms their preconceptions. Most...