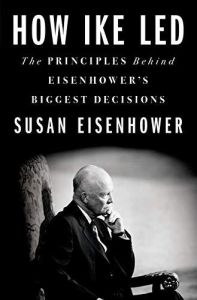 The Principles Behind Eisenhower’s Biggest Decisions

The review below was first published in the getAbstract Journal on Jun 8, 2021.
We’ve reviewed this title for you as we currently cannot offer a summary.

Dwight D. Eisenhower, by His Granddaughter

Ike – who led the Normandy invasion as Allied commander and led the United States as a two-term president – was a complex man with an almost impenetrable surface. Ms. Eisenhower tunnels beneath that surface to reveal Ike’s complexity and the complexity of his time. Her personal memories add to her portrayal of this pivotal figure.