Summary of Increase Your Influence at Work

Richard A. Luecke and Perry McIntosh 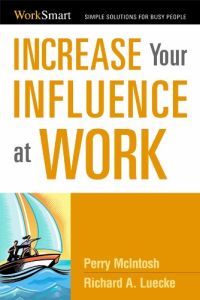 In simple, straightforward prose, business authors Perry McIntosh and Richard A. Luecke define a clear, easily implemented program for gaining and keeping influence at work. This book, part of the Work Smart series, reads quickly. Its tactics and techniques are memorable and not difficult to put into practice. To maintain their rapid pace, the authors keep examples to a minimum, and those they include do a good job of illuminating their strategies. McIntosh and Luecke propose methods anyone can understand and retain, and even provide a moral primer to guide readers who might go astray in an overenthusiastic pursuit of influence. That the authors take great care to refer to readers and examples alike by both “he” and “she” proves how attuned they are to their own advice and to the exigencies of the modern workplace. Even though some introductory ideas reappear in similar form in the later chapters, getAbstract recommends this book to those who crave more power, influence and advancement at their jobs. And who doesn’t?

Anointed power means little in the workplace. A title alone, however grand, does not make people obey the titleholder. People all want power, influence and persuasion, but they don’t like to have those forces brought to bear on them. Orders won’t make staffers work better. They have to want to improve.

Power springs from many sources. Influence and persuasion are two ways to get it. Influence gets you what you want without having to order anybody to do anything. Persuasion differs from influence in that persuasion is “merely a tool” in the service of influence. Persuasion “enlists logical or emotional appeals...to affect the beliefs and behaviors of others.” The most intelligent, effective holders of power understand that they do not want to be seen as wielding on obvious cudgel. For instance, crucial technical knowledge can grant a worker more “real” power than his or her manager has, but the smart worker would never tell the manager that outright.

Behavior that proves your “trustworthiness, reliability and assertiveness” is the basis of influence. Alone, these traits won’t earn power for you, but you... 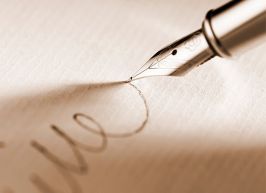