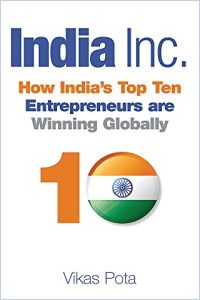 An old Hindi proverb says, “Mare bina swarg nahi milta.” Never have truer words been spoken. In fact, this adage could be the mantra of all 10 visionary, gutsy entrepreneurs profiled in Vikas Pota’s book about celebrated corporate leaders in India. Pota’s treatise offers intriguing insights into the backgrounds, beliefs, values and attitudes of these highly prosperous business leaders. While Pota’s access to such renowned members of India’s commercial sphere is impressive, his minibiographies do not contain much practical advice on how to emulate these stars or how to establish an enterprise in India, and the stories overindulge in figures and statistics, which hinder reading. However, getAbstract recommends this book to global managers seeking a solid overview of India’s business environment and to those looking for inspiration to launch a start-up anywhere in the world. And that old Hindi proverb? “Without death, there can be no heaven”: Great things can only be achieved through great effort.

The 10 Indian entrepreneurs documented below are tough, resilient, determined and visionary. They have strong self-confidence. Many have overcome incredible odds with minimal resources while dealing with a tightly controlling bureaucracy. These gritty, opportunistic individuals are helping to transform India into a rising superpower as they turbocharge its economy. They are forcing businesspeople the world over to pay attention to the “Made in India” brand as they turn their companies into dominant global enterprises.

As a young man, N.R. Narayana Murthy was a Communist, but a violent run-in with Bulgarian guards in 1974 provoked him to rethink his ideology. He came to believe that entrepreneurship is the only way to rid society of its ills. Murthy co-founded Infosys Technologies, a software and “information infrastructure” company, in 1981. It is the “largest publicly traded software” enterprise in India and was the first Indian firm listed on Nasdaq. Annual revenues reached almost $5 billion in 2007-2009, and the firm has more than 105,000 employees globally. 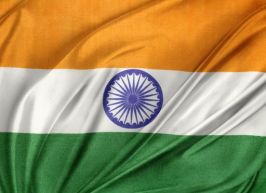