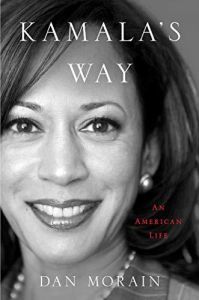 In December 2019, running out of funds and sliding in the polls, Senator Kamala Harris made the wrenching decision to end her campaign for president of the United States. After breaking racial and gender barriers in her rise from state to national politics, defeat was a new experience. It was also short-lived: Soon, Harris broke new barriers as America’s first female vice president, its first Black vice president and its first of Indian descent. In this political biography, Sacramento Bee journalist Dan Morain relates Harris’s meteoric rise and major accomplishments.

Kamala Harris began her career as a prosecutor for Alameda County, California.

Kamala Devi Harris was born in 1964 in Oakland, California, to immigrant parents. Dr. Shyamala Gopalan was a cancer researcher from India,and Donald Jasper Harris was a Jamaican economist.

Harris attended historically Black Howard University, earning a degree in political science and economics in 1986.A year later, she entered the UC Hastings College of the Law. In 1990, after passing California’s arduous state bar exam on her second attempt, Harris took a position as a rookie prosecutor in the Alameda County district attorney’s office. She has said that she became a prosecutor to advocate for the most vulnerable and voiceless members of society.