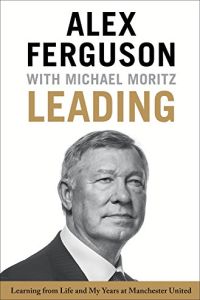 Veteran team manager Alex Ferguson reveals the philosophy that drove the English Premier League soccer club Manchester United to sustained success. Ferguson managed Manchester United for 26 years as it won 38 trophies, including 13 Premier League and two Champions League titles. Ferguson writes with Michael Moritz, chairman of the investment firm Sequoia Capital and an avid fan of soccer, which is what almost everyone in the world – except Americans – calls football. Ferguson’s advice on life and a host of subjects, most notably soccer, spring from wide-ranging discussions with Moritz. This gives the book the nice flavor of an extended conversation. getAbstract recommends his account to those who are passionately interested in leadership and soccer, both of the sports he mastered.

Sir Alex Ferguson became manager of one of the world’s premier football clubs, Manchester United, in 1986. He was knighted in 1999. Sir Michael Moritz became chairman of Sequoia Capital, a private investment company, in 2013.

When Alex Ferguson left high school in Glasgow, Scotland, little did he think that one day he would lecture a class of Harvard MBA students about what he had achieved. Harvard honored Ferguson as the manager of Manchester United, a premier football – that is, soccer – club. As he responded to students’ questions about how Manchester maintained its record of excellence, he reflected on the parallels between education and football management. Both systems work with people to ensure they function as close to their peak of performance as possible.

As a young man, Ferguson did not consider how people found their deeper, authentic selves. But he became fascinated by that quest as a soccer player and team manager. To manage people, you must understand their backgrounds so that you can use their experiences to motivate them.

Gaining insight into others requires doing two things people often discount: “listening and watching.” Most people are oblivious to how much they could gain if they used their eyes and ears. As a result, they miss a great deal of what goes on around them. Once people become successful, they often come ...