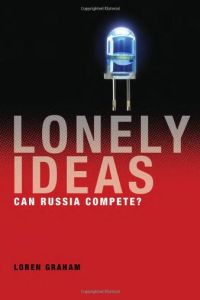 Russian expert and scholar Loren Graham covers the history of technology and science in the former Soviet Union in this singular treatise on a failed national system. He details the overlooked contributions of top Russian scientists, inventors and theoreticians since the 1800s. Due to poor leadership, corruption and lack of entrepreneurial infrastructure, the Soviets failed to seize leadership in almost every major, 20th-century scientific or high-tech field, except for space, software and nuclear power. Graham explains how Russia’s totalitarian system kept its scientists’ ideas off the world stage. His history makes recent Russian events relevant in that they continue a pattern of repression. The effect is the same – whether a czar, Lenin, Stalin or Putin is in charge. getAbstract recommends this fascinating, tragic history of failed or wasted scientific and technological development to historians, scientists, politicians and students.

Loren Graham, professor emeritus of the history of science at MIT and research scholar at the Davis Center for Russia and Eurasian Studies at Harvard, wrote Ghost of the Executed Engineer.

In 1826, the Russian arms factory at Tula was one of the finest in the world. A foundry yard dating back to 1632, Tula produced the most powerful iron cannon and the largest church bells ever built. By the early 19th century, the Russian army – which defeated Napoleon Bonaparte – was Europe’s strongest, with more than one million men. The Tula factory, once the world’s largest with 14,000 workers, used advanced techniques, including mass-produced, interchangeable parts.

But 29 years later, Russian rifles were no match for the weapons they faced in the Crimean War. Russia’s bullets could not reach their British and French opponents, whose guns fired three times farther. The czar drove technological advances. Once he believed the Tula factory had achieved world-class results, he did not press for additional change. Quality declined. Because the serfs in the Tula workforce considered themselves artisans, not factory workers, they resisted new technology, including water wheels and steam engines.

Russia relied on its monarchy for guidance and resources while the social and economic climate in other countries fostered technological advances. Russia... 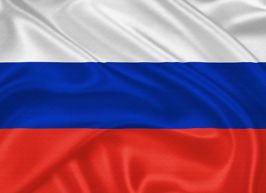