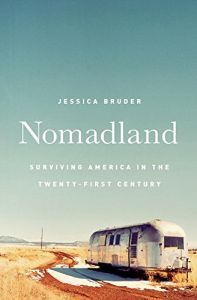 Surviving America in the Twenty-First Century

A largely unseen population of older Americans lives in vans and RVs stealthily parked overnight on streets, in store parking lots and at campgrounds. Many are itinerant workers in their 60s, 70s and 80s who travel seeking seasonal jobs. Their Social Security is often insufficient to fund their retirement. Jessica Bruder reports that the housing market collapse, the 2008 financial crisis and multiple websites for vehicle dwellers contributed to the emergence of the nomad subculture in the United States. Bruder offers an anecdotal narrative, a page-turner about older itinerants who may signal a redefinition of the American Dream.

An unknown number of working Americans live in vans, trailers and other homes on wheels.

Bruder, an award-winning journalist, spent three years investigating the new wave of itinerant American workers. But as with any big story, the lives of affected individuals are the most telling illustration. Among many other people Bruder interviewed, she got to know Linda May, 64, a grandmother who lives with her dog, Coco, in a small, oval-shaped trailer she calls the Squeeze Inn. May, like many other itinerant older Americans, started living on the road because her income was too low to cover rising housing costs.

As Bruder details with heartfelt scorn, a single full-time worker earning minimum wage can afford to rent a one-bedroom apartment in only 12 counties and one metropolitan area in the United States.

Award-winning journalist Jessica Bruder has written for Harper’s Magazine, The New York Times and The Washington Post and teaches at the Columbia Graduate School of Journalism. This report is the results of three years of research and hundreds of interviews around America. 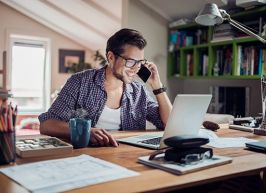