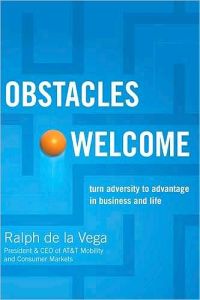 Turn Adversity to Advantage in Business and Life

When Ralph de la Vega was 10 years old, his parents sent him from Cuba to the US. They planned to follow him a few days later, once their travel documents were in order. Ralph arrived in Miami without money, without his family, unable to speak English and unfamiliar with the culture. A young couple, Cuban émigrés and acquaintances of the de la Vegas, took Ralph in, thinking it would be only a few days until his parents arrived. It took four years. Ralph had to take a job after school to help his parents when they, too, arrived with nothing. Ralph worked hard, moved ahead and went to college. Hired by Southern Bell, he advanced. Today, he is CEO of AT&T Mobility and Consumer Markets. In his inspirational life story, de la Vega draws valuable lessons you can use to attain your own goals. getAbstract warmly recommends de la Vega’s book. He is a great role model for those who aspire to reach personal and professional ambitions. However, once past his personal saga, de la Vega tends to write his solid business advice in the form of ordinary bromides and lists – “four pillars of success,” “six pivotal points” – that do not do full justice to his gripping tale. He writes, “If all this sounds obvious...” Regrettably, some of it does, but he still tells an exceptionally moving story.

“Only the Boy Can Go”

In 1962, following the Cuban revolution, the de la Vega family – parents Rafael and Andrea, and their children Ralph and Barbara – gathered at the airport in Havana, prepared to emigrate from communist Cuba (which meant abandoning their family, friends and belongings) and begin a new life in Miami.

Unfortunately, at the last minute, paperwork problems prevented everyone – except 10-year-old Ralph – from leaving. “Only the boy can go,” a Cuban official told the distressed parents. Ralph flew to Miami alone while his parents stayed in Cuba, hoping to be reunited with him in a few days, once they received the right papers. They did not make it out for four years.

During that time, Ralph lived with family friends Arnaldo and Ada Baez, recent Cuban émigrés, who cared for him like their own child. Ralph struggled to acclimate. He learned English within a year, mostly by asking his classmates in Spanish, “What did the teacher say?”

When his parents finally made it out of Cuba, Ralph went back to square one, since they, too, arrived with nothing. He returned to the impoverished circumstances of new immigrants.

Ralph de la Vega is president and CEO of AT&T Mobility and Consumer Markets. He also serves as Chairman of Junior Achievement Worldwide and as Chairman of Hispanic Initiatives for the Boy Scouts of America.

We Fed an Island
8 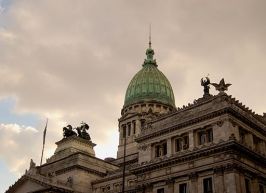