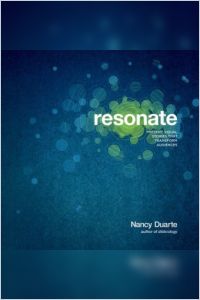 Presentations can affect decisions at the highest levels of business, but, alas, most presentations fail. Many speakers mystify their audiences with annoying jargon, bore them with banalities and put them to sleep with endless slides. In this beautifully designed volume – though some may find that some of the lovely white space could have been used to add a little more meaty material to the text – presentation expert and graphic designer Nancy Duarte teaches speakers how to employ storytelling and screenwriting techniques to make powerful, effective presentations. Nicely written and featuring eye-catching graphics, Duarte’s manual is instructive, entertaining and often moving. getAbstract thinks her advice can help you become a better storyteller and, thus, a better presenter.

Nancy Duarte, CEO of Duarte Inc., wrote the best-selling and award-winning book Slideology. She serves as a TED Fellows committee member and presented at TEDxEast.

Actress Janet Leigh explained, “In his mind, and sketched on the pages of his script, the film was already shot. He showed me the model sets and moved the miniature camera through the tiny furniture toward the wee dolls, exactly the way he intended to do in the ‘reel’ life. Meticulously thorough down to the minutest detail.” Or as Hitchcock told French film director François Truffaut, “I never look at a script while I’m shooting. I know the whole film by heart.”

Hitchcock sets a great example. When delivering a presentation, adopt his scrupulous attention to detail and tell powerful stories. When you set your talks within a story framework, your presentations will be memorable and will engage your audience. Compelling stories deliver meaning and information while enabling your audience to see and feel your message.

The presentations that engross people tell stories. In 1863, German dramatist... 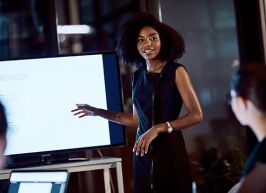