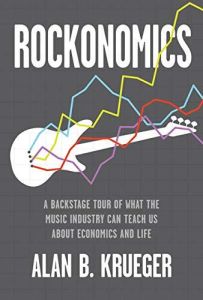 The review below was first published in the getAbstract Journal on Jun 26, 2020.
We’ve reviewed this title for you as we currently cannot offer a summary.

The Underbelly of Rock and Roll

Is America’s music scene the perfect metaphor for the US economy? Economist Alan Krueger thinks so. For every platinum-selling artist, he says, there are millions of musicians who never earn a living wage. Krueger offers noteworthy insights and information for executives, music lovers and executives who happen to be music lovers.

No less an authority than legendary producer Quincy Jones regards the late Princeton professor and economist Alan Krueger as an exemplar in engaging the right and left aspects of the brain. Jacob Slichter, drummer in the band Semisonic – of the hit “Closing Time” – and author of the above-average rock memoir So You Wanna Be a Rock and Roll Star, finds that Krueger demonstrates a rare understanding of the deliberately complex finances of the rock world.

Those outside the music industry also offer high praise – writer Andrew Tobias, author Harlan Coben and economics Nobel Prize-winner Richard Thaler, among others. Their delight with Krueger’s insights demonstrates that few people write well about the financial underbelly of rock and that everybody – from drummer to egghead – likes to read about it.

Why the NFT Craze Is a Bubble Waiting to Pop
9 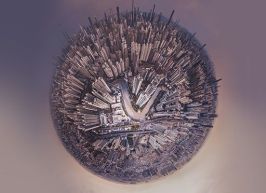