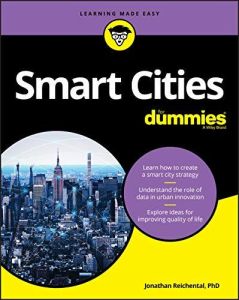 Rapid change means today’s cities demand new, creative responses to the needs of the billions of people living and working in them. But most cities still apply 20th-century solutions to 21st-century problems. Learn how the smart city movement aims to change that using people-focused technology to improve city-dwellers’ quality of life. This practical, well-organized guide is a great resource for leaders, stakeholders and anyone interested in the urban future.

Cities play a central role in the history of human development.

On a 200,000-year historical timeline of Homo sapiens, city dwelling is a very recent phenomenon. Rapid innovation in cities began around 1770, thanks to the industrial revolution. From that time onward, transformative technologies such as steam, electricity, semiconductors, digital technology and the internet accelerated urban development. City living contributed to the explosive growth in population that started in the early 20th century. By 2050, an additional 2 billion people could live in cities.

There is no official definition for a smart city. Many use the term to refer to the use of technology to deliver programs and services to city residents. A better definition of smart cities is broader in scope and focuses on improving the quality of life for residents. It encompasses economic, social, environmental, cultural and other factors. Smart cities are not a short-term trend focused on implementing specific technologies, nor does the term apply only to large well-known cities.

The needs and challenges of cities are changing...

Dr. Jonathan Reichental is a multiple award-winning technology and business writer whose career spans the public and private sectors.

Adapt Now: A Global Call for Leadership on Climate Resilience
8 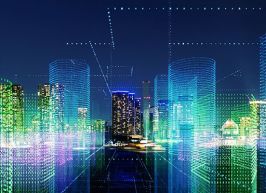