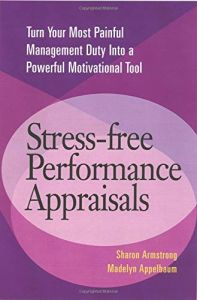 Turn Your Most Painful Management Duty Into a Powerful Motivational Tool

Everyone, it seems, hates performance appraisals. Some corporate cultures compel managers to "grade on the curve," which means that even good employees may have to fail. Even in less draconian corporate cultures, performance appraisals require supervisors to tell people about their shortcomings, an uncomfortable exercise for both the appraiser and the appraised. Meanwhile, lurking in the not-too-distant background is the threat of litigation instigated by an employee whose appraiser lets slip an awkward reference to race, sex, age or some other legally proscribed subject. This book tells you how to avoid the stress and anxiety of appraisals by focusing on a few basics. Authors Sharon Armstrong and Madelyn Appelbaum provide valuable counsel - albeit not terribly well organized - for people on both sides of the desk, both the supervisor and the employee. getAbstract recommends the authors’ useful potpourri of advice, role playing exercises, case histories, evaluation forms and observations about appraisals to everyone who participates in a performance appraisal system and certainly to anybody who runs one.

Supervisors complain of overwhelming paperwork, fear of lawsuits and impossible-to-measure dimensions of performance.

Employees gripe about the humiliation and uselessness of the exercise. Yet appraisals have been with us for a century, and the recent emphasis on performance-based pay suggests that they will become even more important in the future.

That is as it should be. Appraisals can be useful, rewarding, constructive and motivational when supervisors and employees approach the exercise properly. Instead of being a dreaded, once-a-year event, the appraisal should be an ongoing, extended conversation.

Too few companies take the right approach to appraisals, often because both supervisors and employees have concerns about how the entire process works.

Sharon Armstrong launched the Human Resources 911 consultancy in 1998. Madelyn Appelbaum is a former journalist and a manager with 30 years of diverse experience. 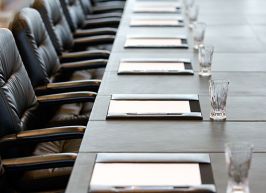 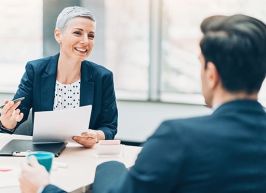 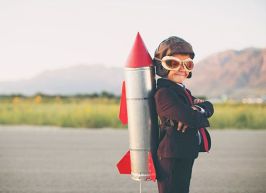