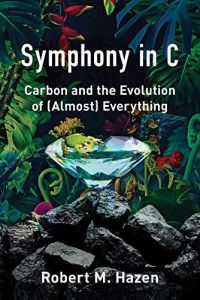 Carbon and the Evolution of (Almost) Everything

Carbon is the source of life on Earth. Just about everything you wear and use over the course of the day requires carbon atoms: the gas that heats your home, the nylon in your jacket and your diamond wedding ring. Carbon atoms appeared before Earth existed, and proved crucial to the evolution of the planet and its atmosphere. Research scientist Robert M. Hazen offers a vast, literally cosmic perspective on the universe, the Earth and human life, and illuminates the scale of the impact of climate change.

The big bang generated carbon atoms, which eventually became one of Earth’s most common elements.

Some 13.8 billion years ago, following the big bang, no distinctive atoms existed. A hot whorl of matter and energy cooled and expanded. The first elements to take form were helium and hydrogen, but heavier atoms such as oxygen, nitrogen and carbon emerged as well.

A small but ultimately meaningful amount of carbon came into being along with other elements immediately after the big bang. Stars are the “engines of chemical evolution.” Stars’ staggering pressure and heat created carbon out of helium nuclei in greater and greater concentrations. Eventually, carbon became one of the most common elements in the universe. For millions of years, carbon remained mostly deep in the interior of stars.

Gradually, carbon atoms rose to the surface of stars and projected out into the universe, especially when stars disintegrated and exploded in “supernovas.”

The discovery of most of Earth’s carbon has occurred near the surface, but other resources may be deep in the planet’s mantle.

Atoms connect with one another to form complicated, beautiful crystals...

Robert M. Hazen is a research scientist at the Carnegie Institution of Washington’s Geophysical Laboratory, and the Clarence Robinson Professor of Earth Science at George Mason University. He also is executive director of the Deep Carbon Observatory.

Explainer: Nine ‘Tipping Points’ that Could Be Triggered by Climate Change
8 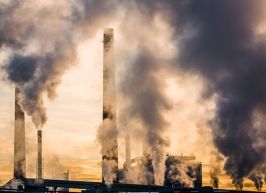 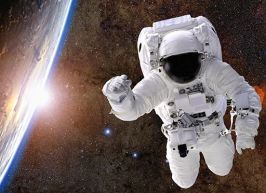