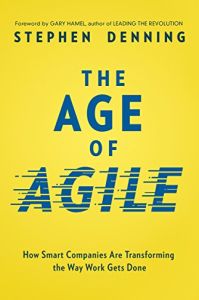 The Age of Agile

How Smart Companies Are Transforming the Way Work Gets Done

Good management practices stop working amid rapid change. For that reason, many businesses have chosen to adopt agile management practices. In 2001, the pioneers of this approach, which originated in the software development industry, created the “Manifesto for Agile Software Development,” often called the “Agile Manifesto.” This core document asserts that developers of high-quality software must abandon some of the core principles of 20th-century management to enter “the age of agile.” Management expert Stephen Denning lucidly explains the origins and principles of agile management with illustrative case studies.

The US Army and Agile Management

Toward the end of 2003, the US Army’s Task Force had a dilemma in Iraq. Despite its superior training and equipment, it couldn’t defeat its poorly armed opponents. General Stanley McChrystal, one of the US Army’s most acclaimed commanders, took charge that October. At first, he couldn’t grasp how a motley group of insurgents could defeat his troops. In time, he came to understand that while the task force functioned well following its training and routines, its foes worked as a flexible network. In a highly volatile situation, a military machine couldn’t match an agile insurgent network.

McChrystal found he was making decisions from headquarters that his teams should have been making on the ground. Though sophisticated, the task force functioned slowly. Its plans became outmoded before it could enact them. Each part of the task force concentrated on its own duties, and its teams didn’t work collectively to defeat the enemy. The task force found coordinating with other organizations such as the CIA, the FBI and the NSA a daunting challenge. McChrystal transformed the task force from a bureaucracy into a network. ...

Stephen Denning worked at the World Bank for several decades in various management positions. A consultant to governments and companies, he’s written business books, many articles on management, a novel and a volume of poetry. 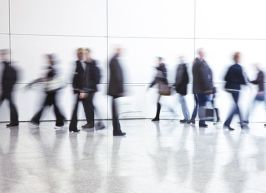