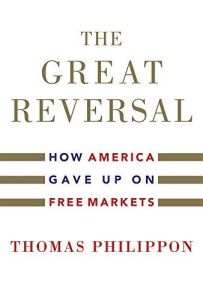 How America Gave Up on Free Markets

How to Destroy Surveillance Capitalism
8