Summary of The Simple Genius of the Interstate Highway System 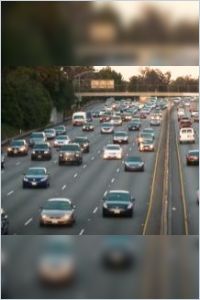 Citizens of developed countries take roads for granted, but if you’re a US citizen, your life would almost certainly be worse without the roadways that make up the US interstate highway system. In this educational Wendover Productions video, Sam Denby describes the massive political will that had to come into play before the United States would build infrastructure making up the interstate highway system, and the effects that system has on Americans today. As Denby says, “In the context of nations, connectivity is power.”

Sam Denby is the creator of Wendover Productions, an educational YouTube channel. The channel has over three million subscribers.

In July 1919, an expedition set out from the White House to assess transcontinental roadways. On reaching San Francisco 62 days later, they’d found road quality to be suboptimal.

A convoy of 79 vehicles left the White House on July 7, 1919 with the intention of assessing the nation’s best transcontinental route for military use. On September 6, 1919, a welcome parade and a well-earned celebratory dinner greeted them in San Francisco. The convoy had experienced 62 days of muddy, rough highways, busted trailers, sparse gas stations, roads too narrow, and bridges so small the convoy had to disassemble them before passing through. They’d averaged about 5.65 miles (9 km) per hour. Traveling across the country comfortably by car just wasn’t feasible in 1919, but one of the members of the 1919 expedition would change that over 30 years later.

Each state built roads independently, and the quality varied by area. A state government might build very good roads in rural or urban areas within...